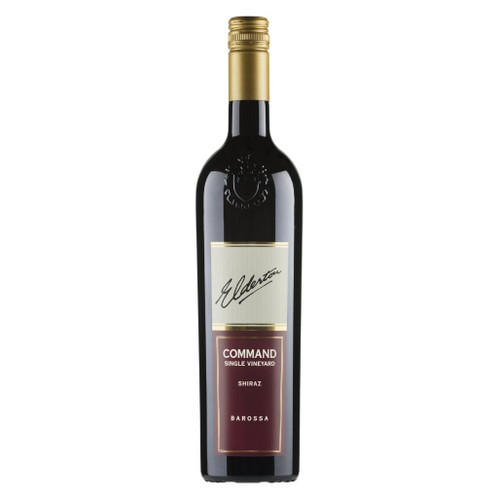 "The Elderton Command Shiraz has established an enviable reputation since the first vintage in 1984. It is truly one of Australia’s best and most highly regarded Icon wines. Accolades have come from the world over for vintages such as the 1992, which was chosen by the influential wine critic Robert Parker in his U.S. magazine the Wine Advocate as one of the world’s Top 80 wines. The 1995 Command was awarded 95 points by Wine Spectator and placed in their Top 100 wines; the 2000 was awarded 97 points by the same magazine and placed 27 in their Top 100. The 1996 Command won the trophy for the best Shiraz in the world at the London International Wine and Spirit Competition.

The second generation of Ashmead family, and Elderton Co-Managing Directors, Allister and Cameron, as the current custodians of a rare piece of Barossa Valley viticultural heritage, continue their parents’ aspirations and expectations to produce a great wine of the world. The Command is truly an expression of place, and one of which the family intends to preserve for generations to come." - Elderton Wines